Las Vegas, NV - Patriot Gold Corp. (PGOL:OTC) or ("Patriot Gold") announced today that it has issued a demand for arbitration to its optionee (Northern Vertex Mining Corporation / Golden Vertex Corporation) ("Northern Vertex") pursuant to the "Exploration and Option to Enter Joint Venture Agreement Moss Mine Project" (the Agreement) between the two parties. The arbitration demand relates to:

The Scope and Technical Details of the Bankable Feasibility Study:

The Obligation to Pay Net Operating Profit to Patriot Gold:

The next step in the arbitration process is for both parties to agree on an arbitrator or, if agreement cannot be reached, an arbitrator be appointed. The process is described in greater detail in Section 16 (Dispute Resolution) of the Agreement. 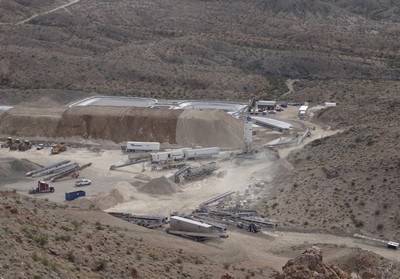 Arbitration initiated regarding Moss Mine project

The Moss Mine Project

Patriot's 100%-owned Moss Mine Project is located approximately seven miles due east of Bullhead City, Arizona. The Moss Mine project is subject to certain royalties and an earn-in option agreement for 70% interest. The earn-in optionee/operator (Northern Vertex Mining Corp.) has the right to earn a 70% interest in the project by completing an $8.5 million investment over five years and a bankable feasibility study. Subsequent to the earn-in, financing of the project will be on a proportional basis.